Preview - A gig that slipped the net Tonight 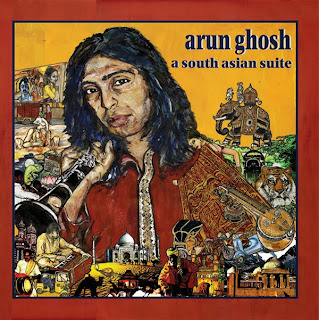 I have just heard via the power of twitter that there is a gig that was not on my radar!
Arun Ghosh tonight Fri, 25 Oct 2013 7:30pm - Seven Arts http://www.sevenleeds.co.uk/clients/sevenarts/MODULES/DIARY/DIARYMOD_item.asp?type=All&itemid=398

If you’re not aware of his music here is a bit about Arun:
Conceived in Calcutta, bred in Bolton, matured in Manchester and living in London, Arun Ghosh's musical style represents his rich cultural heritage. The British-Asian clarinettist and composer is a leading light on the UK jazz scene, captivating audiences and critics with his passionate and dynamic performance style, eloquent musical expression and a healthy dose of rock 'n' roll spirit. His two albums, Northern Namaste and Primal Odyssey have seen him celebrated as a renowned innovator of the IndoJazz style; forthcoming album ,A South Asian Suite looks set to take this even further, and Ghosh is delighted to be presenting this work at Seven Arts tonight.

A South Asian Suite is an original Indo-Jazz chamber work by Arun Ghosh inspired by the music, landscape and peoples (sic) of Bangladesh, Nepal, Pakistan, India and Sri Lanka as seen from the viewpoint of a British-Asian from a Northern town. The Suite consists of six movements and contained within them is Ghosh's musical response to each of the 5 countries of the Subcontinent, highlighting regional variations in style, tempo and mood. Originally commissioned and premiered by Manchester Mega Mela and the PRS for Music Foundation in 2010, presented in association with camoci, A South Asian Suite was originally performed as an Octet with a mix of traditional South Asian (sitar, Carnatic violin, percussion) and jazz (clarinet, soprano & tenor saxophones, vibraphone, double bass, drums) instrumentation. Its subsequent London premiere, at the Southbank’s Alchemy Festival in 2011 and 3rdSwaminarayan Mandir, Neasden, saw Ghosh rearranging the Suite to incorporate piano and tabla, typical in his IndoJazz Sextet format. Since then, 3 further performances have taken place at Tagore Festival Dartington, Corsham Festival and most recently, at London’s Vortex Jazz Club which garnered a 4 star live review from the Evening Standard’s respected jazz critc, Jack Massarik.

Preview - Jazz at the Grove

I caught up with Jazz at the Grove Inn to check out the Autumn 2013 listings:

Nov 10th: Alec Robinson Group Stirring and lyrical melodies, a mixture of striking original compositions with influences of John Taylor and Kenny Wheeler, and arrangements of both well-known standards.

So if your around Leeds on these dates there is some great music going to be played
Posted by Unknown at 8:19 AM No comments:

Remember the aesthetic of the album cover, and the days where a 12” vinyl album cover could be a work of art in itself, and often the entry point into an artists music even before a note has been heard? The sepia imagery on the cover of the latest release from the John Bailey Quartet is, in many ways, reminiscent of the striking cover art of ECM, the label set up in 1969 by Manfred Eicher, and home to a catalogue of jazz, improvised and classical music, with a sophisticated level of musicianship, production and cover art work. The artwork on “Heart Horizons” perfectly reflects the music within.
The quartet features Steve Hanley on drums, Gavin Barras on bass, Richard Iles on flugelhorn and John Bailey on guitar, and will be of interest to anyone familiar with the refined, elegant production of labels such as ECM or Rune Grammofon. “Proceed with Caution” and Painters” feature tantalising interplay between the four instruments, around cheerful and buoyant themes, whilst “Laura” and “First Throw” are meditative and haunting. The acoustic guitar throughout, particularly on a piece such as “Ted’s Entrance”, is illustrative of how a sound so delicate and fragile, when set alongside other more authoritative sounding instruments, can possess a commanding voice of its’ own. One cannot help but consider how the album would sound so very different if the guitar sound were laden with ethereal effects and loops. The clean, organic sound of the acoustic guitar, however, adds an element of honesty and modesty, which allows the listener access to the intimate creative processes. “Regression” features stunning flourishes of classical guitar that bring to mind the work of Al Di Meola, John McLaughlin and Paco de Lucia. Whilst comparisons are being made, to help contextualise the sound, the plaintive, considerate and economical phrases of Kenny Wheeler are reflected in the contributions here from Richard Iles. The mood lifts on “Lightning Workshop” and allows each player room to stretch and embrace a funkier sound, whilst “A Harlot of a View” drifts gently over simmering percussion. Closing with “Terraced”, which appears to round up all the elements previously employed and package them into a stirring finale.
So, as one considers the moorland terrain on the cover of “Heart Horizons” and allows the music to lead the way across the landscape, each individual track is a story being told over and beyond the panorama suggested at. For anyone fortunate enough to allow him or herself time to listen to the album, here is justification to remove oneself temporarily and consider the world around them.
Posted by Unknown at 2:32 AM No comments:

Preview - Something for the weekend sir?

On Saturday evening 19th October 8pm there is Anglo American supergroup THE IMPOSSIBLE GENTLEMEN who were recently voted “Best jazz group 2013” in the Parliamentary Jazz awards. Inspirational, dazzling, melodically enthralling music from two of the UK’s finest musicians with two great stars of the US jazz scene. Multi award winning pianist Gwilym Simcock has been named checked as a "genius" by no less Chick Corea. Mike Walker is one of Europe's most exciting guitarists and a big favourite of the Leeds audience. Steve Rodby has been the bassist with the Pat Metheny Group for the past 30 years. Drummer Adam Nussbaum’s work with Michael Brecker won him a Grammy in 1988
@Seven Arts, 31 Harrogate Road, Chapel Allerton

Then on Sunday afternoon 20th October 3-5pm there is the ZOE RAHMAN QUARTET appearing in an afternoon concert at the Clothworkers Hall, University of Leeds as a joint promotion between the University and Seven Jazz Leeds. Zoe is one of the brightest stars on the contemporary jazz scene -a vibrant and highly individual pianist/composer with a style deeply rooted in jazz yet reflecting her classical background, her British/Bengali heritage and her very broad musical taste. Having played sell-out shows this year with her Kindred Spirits album, pianist Zoe Rahman has just won Best Jazz Act in the prestigious 2012 MOBO awards.

Good to see live jazz is flourishing in the north!
Posted by Unknown at 3:13 AM No comments: 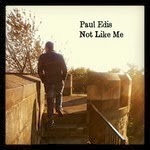 Paul Edis can claim to have been composing and performing for most of his life, although his formal training began at the London College of Music in 2003, training under the supervision of Kit Turnbull, Paul Robinson, Francis Pott and Laurence Roman. Progressing further into the academic world he completed an MA and PhD in Composition at the University of York. Over the years he has been involved with a variety of musical projects, including the Nocturne String Quartet and the Paul Edis Sextet and Trio. He has utilised his musical skills and passion in a diverse range of teaching posts both privately and for a number of regional academic institutions. This cornucopia of influences and experiences both in the field of classical and jazz music has informed the work on his latest release “Not Like Me”, recorded, mixed and engineered at the Literary and Philosophical Society, Newcastle. Turning his hand to an assortment of solo piano pieces, nine of which are original compositions, “Not Like Me” showcases how versatile his playing is in a variety of compositional settings. Opening with “Pulse”, a contemplative piece based around a pulse, one cannot but help but be reminded of the improvisational work of players such as Keith Jarrett in the interplay between the theme and the opportunities for spontaneous accompaniments.
Melancholia radiates out from “From Nothing to Nowhere”, a piece in which, again, the juxtaposition between the worlds of classical music and jazz forms a meditative cohesion. To take on such an absolute jazz “standard” as “’Round Midnight” by Thelonious Monk and give it an imaginative character is singularly courageous, and thankfully the arrangement here infuses the original motifs with precisely the amount of originality appropriate within the context of the album. The leitmotif is suggested and teased out, whilst the tunes basic themes are skirted around and toyed with, not disrespectfully, but almost with a naïve joy only available to someone who is proficient at structural composition and improvisation. . The other familiar tunes that are deconstructed here are given similar treatment. “My Favourite Things” becomes almost unrecognisable apart from the opening phrases, whilst “Bring Me Sunshine” (most identifiable as the signature tune for comedians Morecambe and Wise) is strident and witty, and again illustrates how Paul Edis is so adroit at gauging how far to push a tune so ingrained in popular culture.
Of the original compositions, the title track “Not Like Me’ is brisk yet uncluttered and the delicate “For Bill” is luxuriously romantic very much in the style and delivery of its’ namesake. “Vignette” has a tender childlike quality that would have even the most hard to please listener considering their own sentient being, whilst “Olivier” diplays a layer of dissonance which leads the casual listener temporarily outside of their comfort zone, as any true progressive music should be attempting to do. As the album closes with “Sunrise”, another achingly provocative piece, the faithful listener has been taken along a journey of melancholia, dissonance, humour and romanticism, and what more could you expect from one man and his piano?

Paul Edis website
Posted by Unknown at 9:12 AM No comments: