A little while ago I met up with Jonathon Scully for a chat about Alligator Gumbo (http://www.alligatorgumbo.co.uk) and the New Orleans jazz scene in Leeds 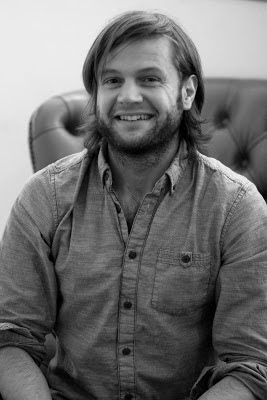 Mark Beirne-Smith– When did Alligator Gumbo form?
Jonathan Scully – It was back in November 2011, James our bass player
started putting Gumbo together, he managed to get in touch with
musicians who were interested and we started working through
arrangements and getting our tunes together. It took a little while
to develop the dynamic arrangements that we perform today - I think
the band’s come a long way!


Mark Beirne-Smith– What influences do you and your band colleagues have?
Jonathan Scully – People like Wiyos and the New Orleans jazz vipers,
but also artists like Ella and Jelly Roll Morton spring to mind. For
me, Wynton Marsalis and of course Louis Armstrong, but each member
brings various influences be-bop through to blue grass, that’s why
we’re a Gumbo!


Mark Beirne-Smith– There is a perception that the ‘trad jazz’ scene
is for bearded gents of a certain age, is this the case?
Jonathan Scully – I don’t think we’re really a trad band. Trad was
a 60’s revival of the early New Orleans jazz and became a distinct
music in its own right. Most trad bands have very strict line ups,
but the jazz from New Orleans would use any instrument which they had
to hand – we have a violin and piano accordion, something you probably
wouldn’t see in a typical trad band.
Having said that, trad clubs are very receptive to our music; they
have audiences full of music lovers who like to listen and appreciate
our music. Also, there are lots of young people in our audiences.


Mark Beirne-Smith– Jazz has had a changing history, moving on to
swing, be-bop, modal jazz etc. why return to the New Orleans style?
Jonathan Scully – It’s just a good, fun, uncomplicated music. We’re
certainly not in this to preserve a relic from the past, this music is
all about getting people stomping their feet and having a good time,
hopefully we hit the spot!


Mark Beirne-Smith- Where are you gigging next?
09/06 Alne Street fair York

28/6 Matt and Phred’s in Manchester

There are more dates on the website if you cant make these!

Mark Beirne-Smith- Where can the album be bought?
Jonathan Scully – You can get our CD through our website
www.alligator-gumbo.co.uk, on our Facebook page and also at gigs.


Mark Beirne-Smith– Other than your own gigs where else can people
find this type of Jazz
Jonathan Scully – Doncaster Jazz Club does lots of great jazz gigs and
has been really supportive of Gumbo. John Wall puts on Leeds Jazz
Club on Tuesday in Armley and of course there is Seven jazz. We gig at
Smokestack quite a bit and their new jazz(y) night is really getting
going. Also, I’m just starting a night at Cucina in Morley, so make
sure to get down there sometime.


Mark Beirne-Smith – Do you like marmalade
Jonathan Scully – Yes, especially with whiskey in it!
Posted by Unknown at 12:44 PM No comments:

As ever the full details are on the Seven Jazz web site:
http://www.sevenjazz.co.uk/whats-on
Posted by Unknown at 12:14 PM No comments: 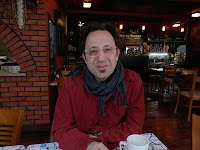