I had the chance to meet up with Leeds based jazz singer Nicki Allan
www.nickiallan.com/ in Leeds a couple of days back for a
chat, Nicki has lined up the first gigs of 2013 with her sextet.
For those not familiar with Nicki, she was the inaugural winner of the Jazz Yorkshire’s best vocalist in 2010 and since then has a record deal with 33 Records. Nicki has 3 jazz albums under her belt 2 of which are with her sextet. reviewers have described her band and music as refreshingly flawless and exciting arrangements executed with class. 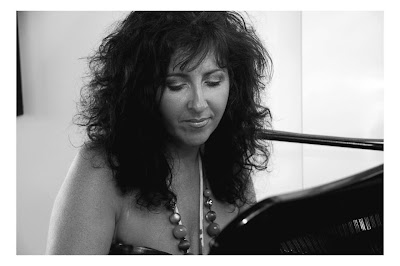 Mark Beirne-Smith – So where are the first of the gigs?
Nicki Allan – The first is Pave Bar in Hull
(www.pavebar.co.uk) on Easter Sunday and the next is JATP in Bradford (http://jatpjazz.blogspot.co.uk/p/gigs-to-come.html) the Friday afterwards 5th April. There are a few more just being arranged and I will put them up on my web site. Doncaster Jazz, Seven arts and Wakefield Jazz festival are among those definitely booked in.

Mark Beirne-Smith – Is the band the same line up as the albums?
Nicki Allan – Almost, unfortunately Mark cant make it so Jim Corry who is just back from a Jamiroquai tour has stepped in to play soprano sax instead of having a trumpet, so it will sound slightly different without the trumpet, but the Soprano sax blends brilliantly with tenor so I'm looking forward to hearing those two playing together.

Mark Beirne-Smith – What songs should we be expecting, any new material?
Nicki Allan – Its mostly going to be American song book, with some exciting and original arrangements from both Graham and Ronnie. There will be some numbers from the previous two albums and I have another half a dozen or so new songs too.
Also I am going to be playing and singing some solo numbers on the piano at the request of Brian Bicat. He heard me at UCC Jazz club and demanded i do them at JATP. 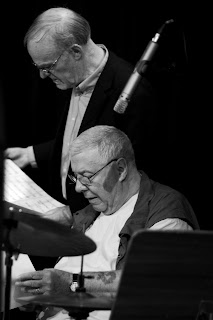 Mark Beirne-Smith – Solo numbers, is this a new project?
Nicki Allan – Yes I have two other projects on the go at the moment, one is solo, just me! This was born out of the work I have been doing on the cruise liners over the last 3 years, I did do a solo album a couple of years back so its an extension of that. I've been working on developing my Jazz piano playing so the album is dedicated to that really, me playing and singing a variety of different styles but focussing on the Jazz. Also I am doing a duet album with Graham Hearn on piano, this is a collection of great songs that we have put together and been working on and will be recording on the lead up to summer.

Mark Beirne-Smith – Where can people buy your CDs?
Nicki Allan – There will be some with me at these gigs, also if they cant make it to them, from my web site above or if people prefer down loads through iTunes (https://itunes.apple.com/gb/artist/nicki-allan/id395682594) and Amazon (http://www.amazon.co.uk/Youre-Gonna-Hear-from-Me/dp/B0089DYU4W)

According to the bands’ Bandcamp page Ikestra “...is seven musicians making one sound for all people”, and from the first run through of the tracks on their self titled debut release, one can see how that bold claim can actually hold some truth. Ikestra are a Leeds based collective, originally formed in 2010, featuring Sam Bell on percussion, Sam Gardner on drums, Henry Guy on bass, Joe Harris and Craig Scott on guitars, Tom Henry on keyboards and Anna Stott on vocals. The opening phrases of “Dan Y Coed” leave one wondering where the band are transporting us, at any moment the music could lock down into a jazz funk groove, or hover gently over a bed of warm electronics. Will the next phrase reveal that “Ikestra” is in fact an angular, disconcerting experience, or will we be reminded of Miles Davis throwing the traditional vanguard off the scent with “In a Silent Way” or “Bitches Brew”? “Ikestra” is, it seems, all of these elements fused together to produce a set of tunes that will please devotees of straight ahead funk, post punk, trip hop and soul, with just about any other genre that can be brought to mind. The single release from the album “Sprinter” has the liveliness and zeal that one may expect from a representative release, with a subtle change of tempo and pace to keep the most experimental of music fan contented.  “JSA” is an instrumental that takes the listener through a gallery of previous influences whilst sprinkling a little dissension and repetition that any fan of the Krautrock sound will be more than happy to listen to.
Momentum is reined in with “Endure” featuring luxurious vocals over instrumentation which is almost devotional in nature, whilst simultaneously drawing the listener along on cyclical electronic phrases. “Mistakes” is infused with the spirit of a smoky late night bar, whilst at the same time, to these ears, bringing to mind an afro beat composition/improvisation. By the time the last track “Lessons” is due, the listener may believe they have become familiar with what Ikestra as a unit are about. This final piece however is an almost free form psychedelic workout broken only by the occasional calm or change in tempo to ease the listener prior to the next barrage of what can only be described as practically “progressive rock” chord progressions. A ride of many experiences and sensations crafted together to produce a coherent album. The band’s name apparently relates to the “oneness” symbolised in the “I” and is an acknowledgement to Sun Ra and his Arkestra. With a name such as Sun Ra in the mix too, it would be wise to investigate Ikestra with an open mind and the expectation of something that is indeed “for all people”. 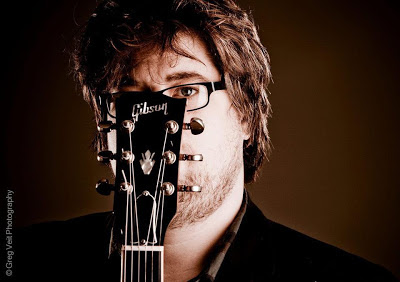 Mark Beirne-Smith -In the review of Touch we said there was ‘a treasure trove of influences’ what are your influences?
Nik Svarc   - As you have picked up on guitarists Bill Frisell and John Scofield are influences, in the early days and now still Jimi Hendrix who is a major inspiration to me. Other influences are Wayne Krantz, Tony Williams, Wayne Shorter, Miles Davis, Tim Berne,Thelonious Monk,Chris Potter,and Life itself,I don’t just listen to Guitarist’s.
The record came out as very much our own kind of music, I think. Both Garry Jackson and Dave Walsh bring their owninfluence’s to this projectand that’s what makes the sound that we have.
Mark Beirne-Smith -In the past you have worked with an organ trio, why move to guitar, bass and drums?
Nik Svarc - Actually this trio came first basically they are two very different things, the organ trio is more playing standards and arrangements where as SvarcTrio’s Album ‘Touch’ is self written between the band with more improvisation,in terms of the balance between written and free sections within the music.
Mark Beirne-Smith -The new release Touch builds up to the 19 minute ‘Chainsaw Snore’ is this reflective of the digital age of music where there are no time constraints?
Nik Svarc  – No, not really if you look back to prog rock they were at it then. Chainsaw Snore was improvised and it there was no conscious time limit,as much as a reel of Tape would hold, it is the way it came out on the first take.
That Track features guest appearances from Matthew Bourne and Russell Van Den Berg,we played, it sounded good,so we kept it.
Mark Beirne-Smith -You have decided to release digitally via bandcamp, is this the only format Touch will be available in or should I expect a vinyl release soon?
Nik Svarc  – Nope,but if anyone would like to help fund a vinyl release get in contact.(cough,cough)… it will be coming out on i-tunes.
Mark Beirne-Smith -Will you be gigging this live soon?
Nik Svarc  – Yes definitely, I have some dates for a tour just being confirmed then I will let everyone know via facebook, twitter etc.
You Can Find out on Facebook -http://www.facebook.com/pages/SvarcTrio/203215443106730
Twitter-https://twitter.com/SvarcTrio1
Mark Beirne-Smith -Other than SvarcTrio are you leading or involved in any other projects?
Nik Svarc  – Yes as we said the organ trio featuring two great young Leeds based players Martin Longhawn-Organ and Drummer Steve Hanley, also a quartet with Russell Van Dan Berg and Bass Player Scott Devine’s quartet and new album.
Mark Beirne-Smith -Tell me more about the Jam at the Sela
Nik Svarc  – We started at a little café in Chapel Town Leeds called Miss Browns for a couple of months, then moved to Sela. It is really to put on some exciting contemporary jazz, with a paid guest act starting proceedings then the jam which give students and amateurs a chance to gig with professionals. There are some exciting bands coming up…
Mark Beirne-Smith  - Do you like Marmalade?
Nik Svarc – No, I don’t like the bits. 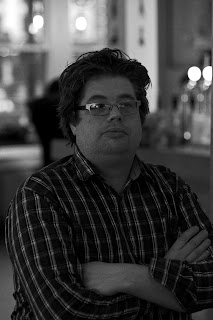