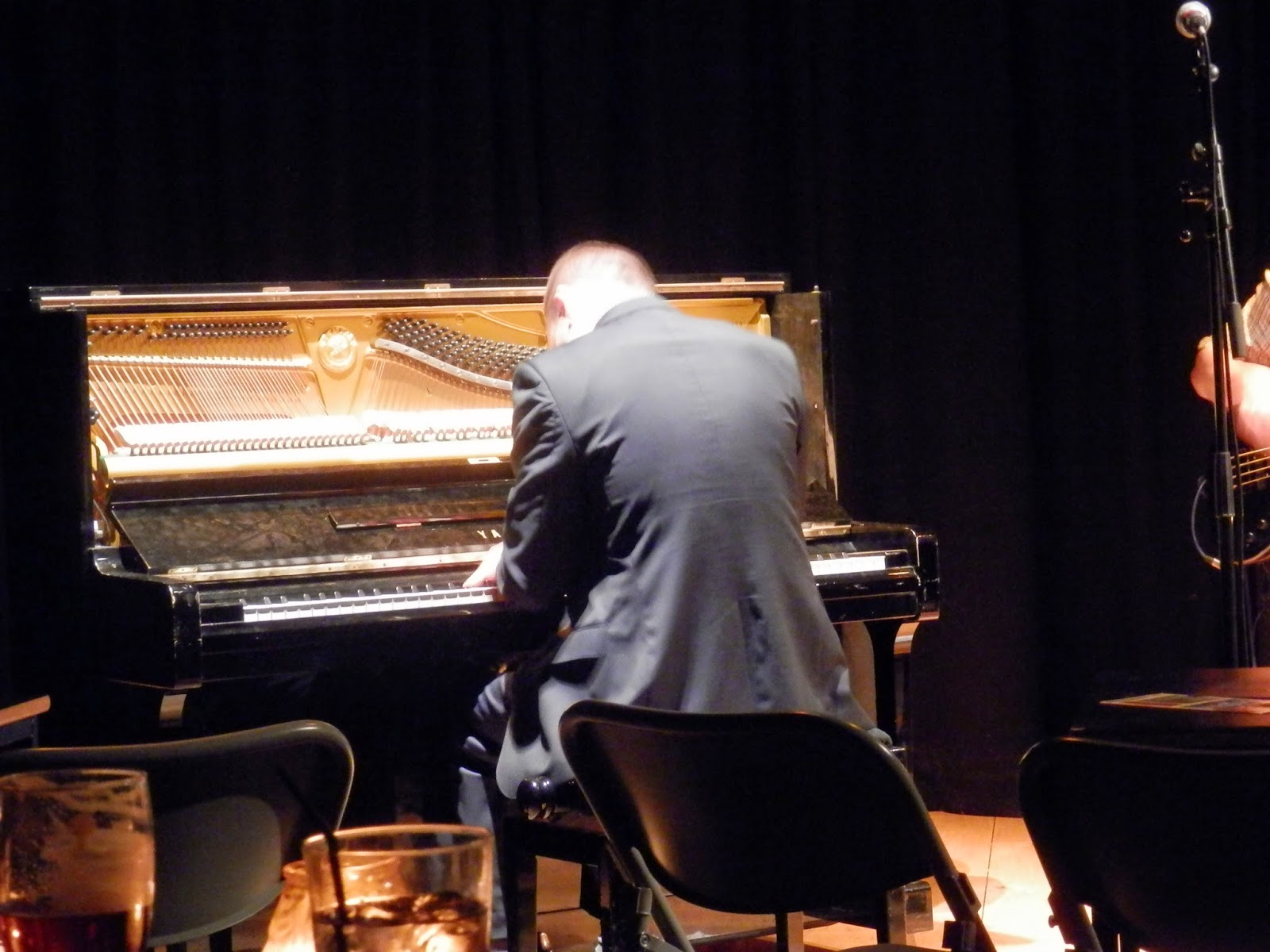 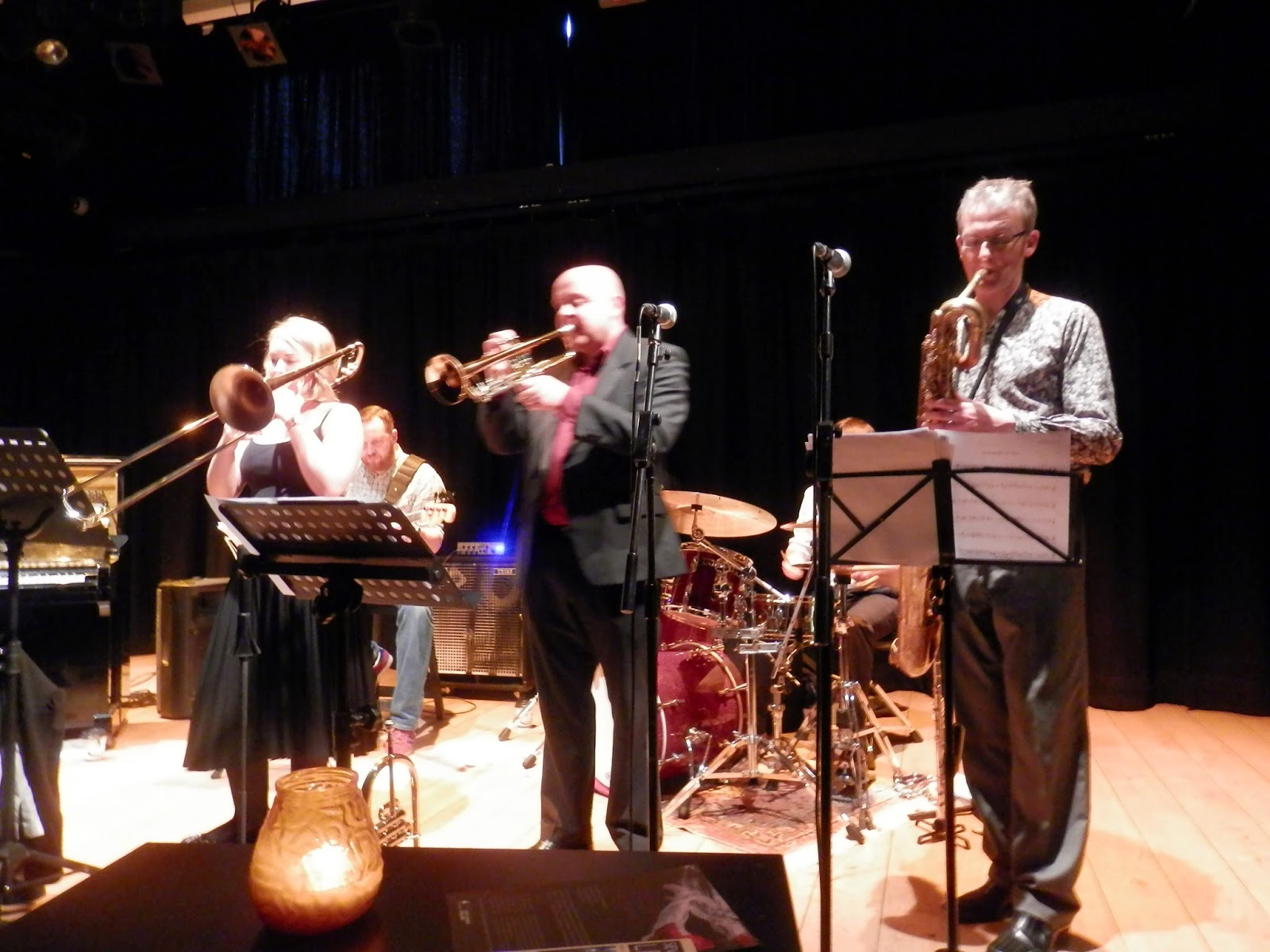 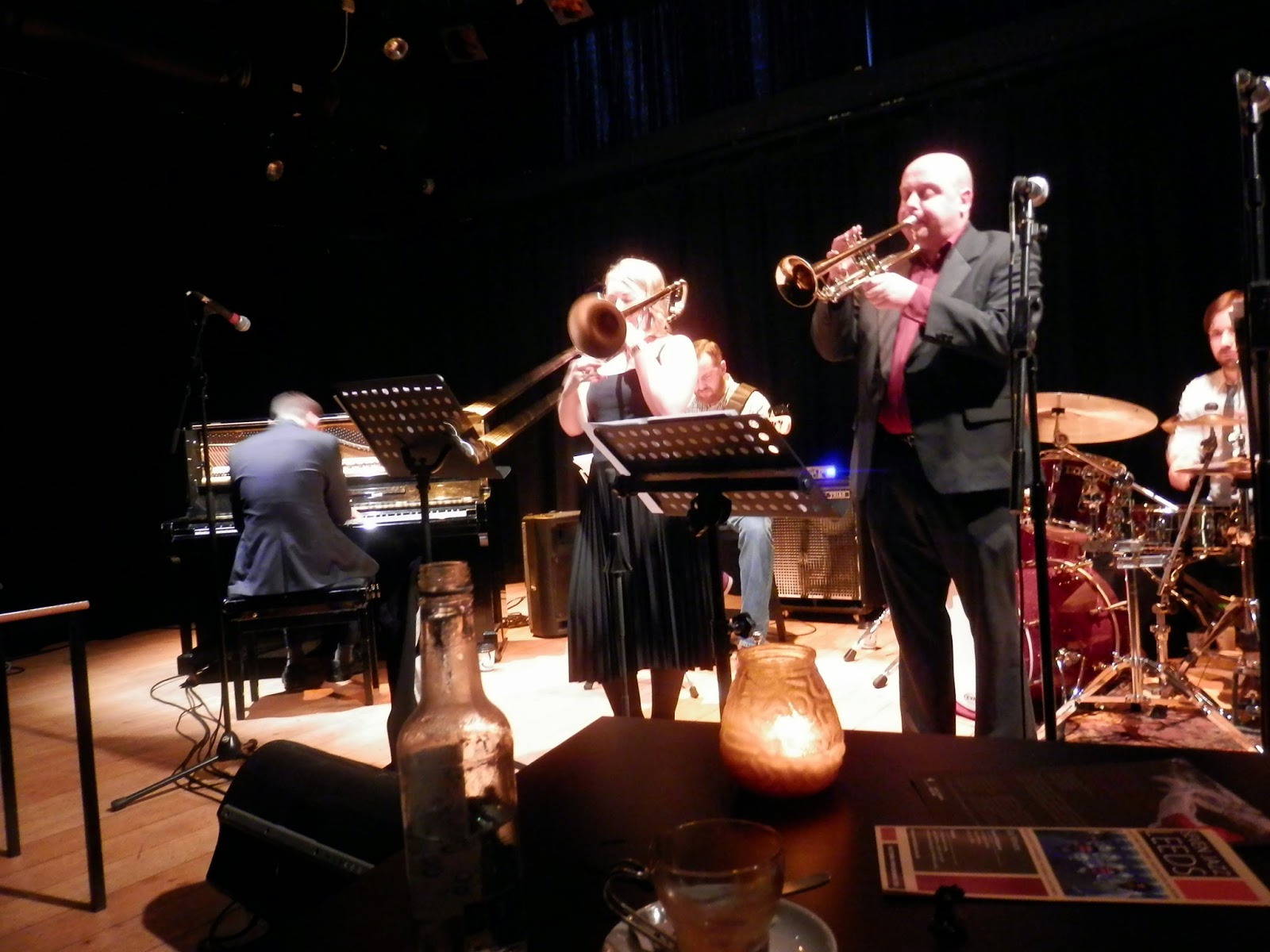 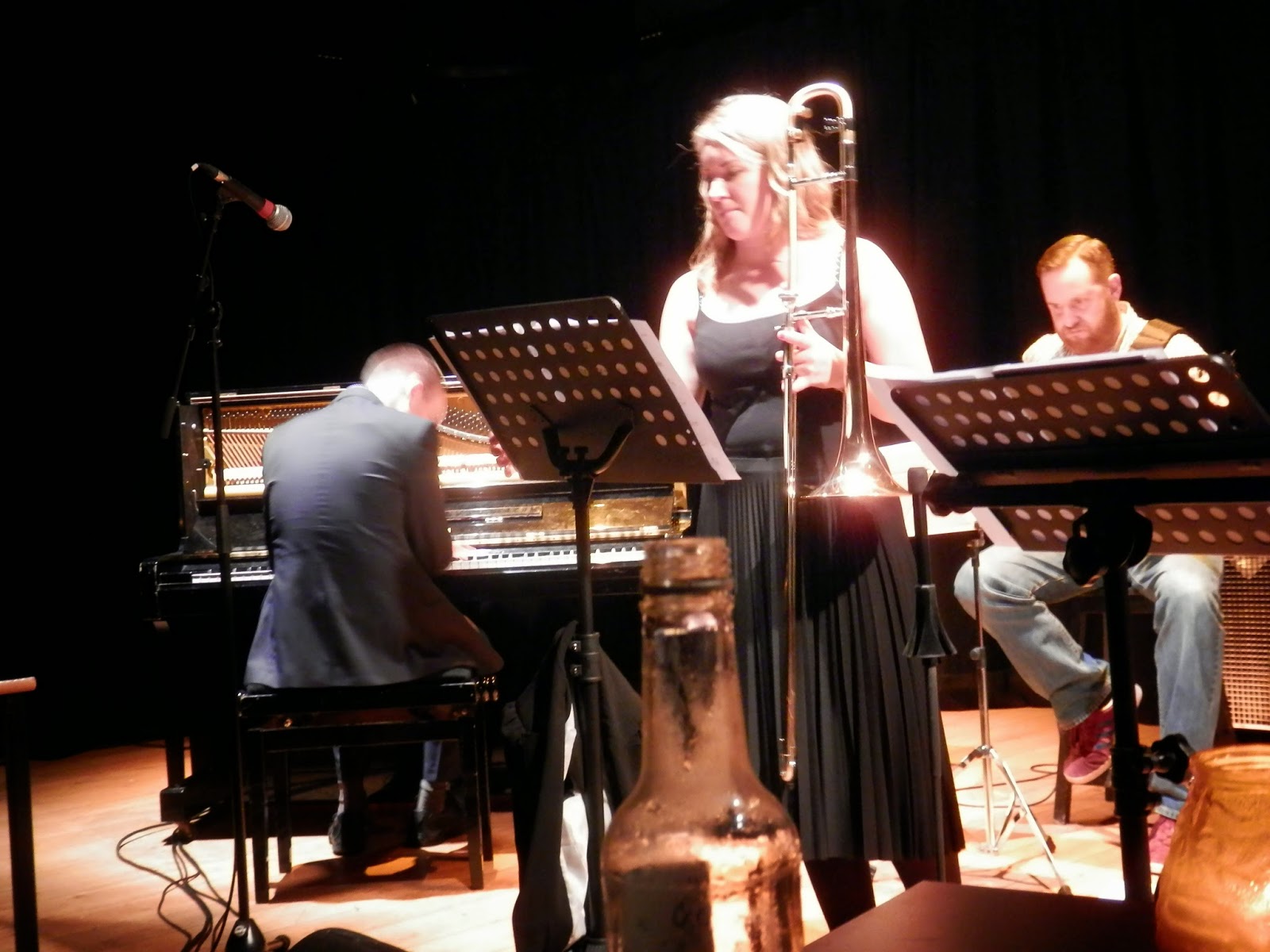 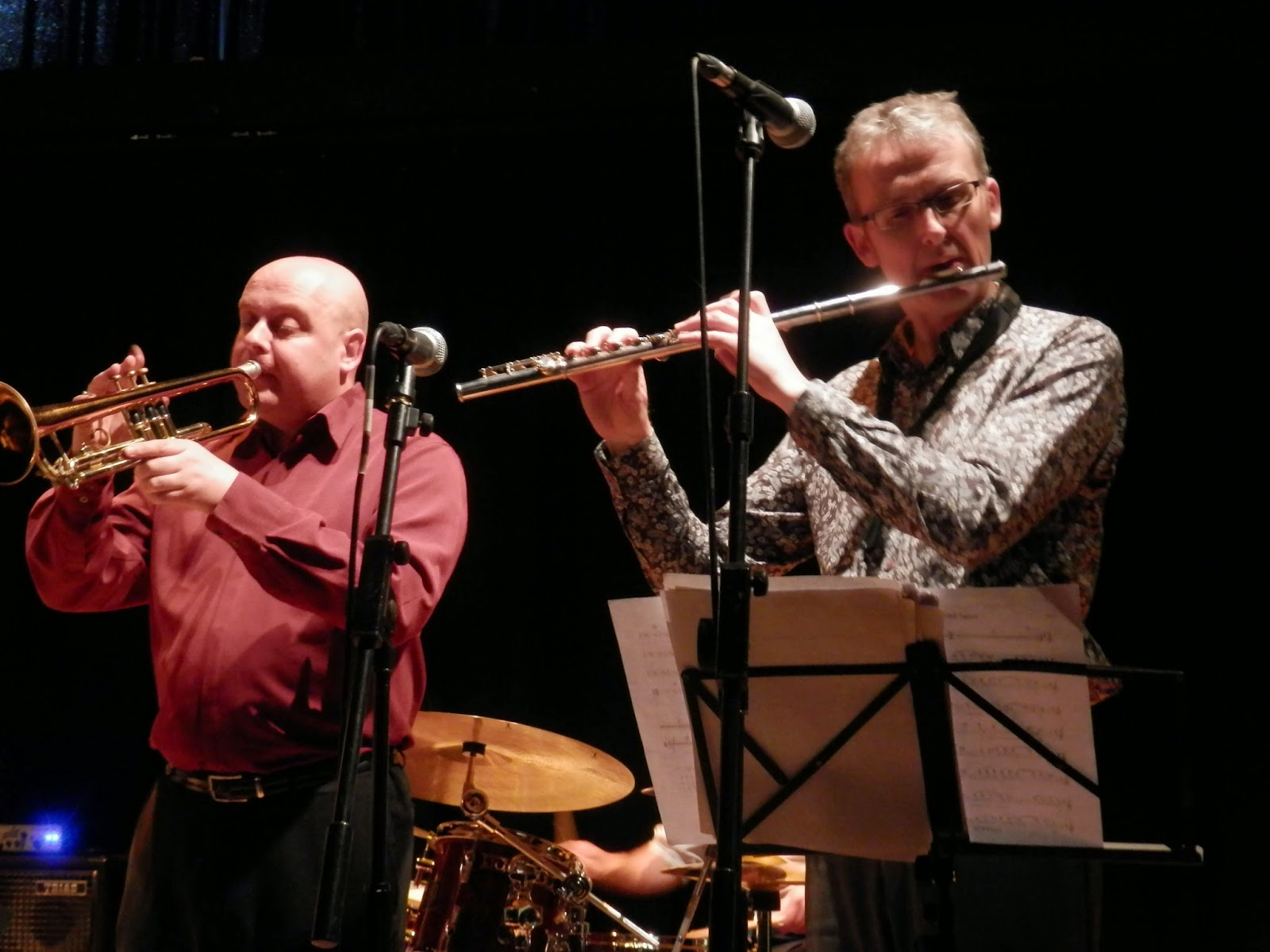 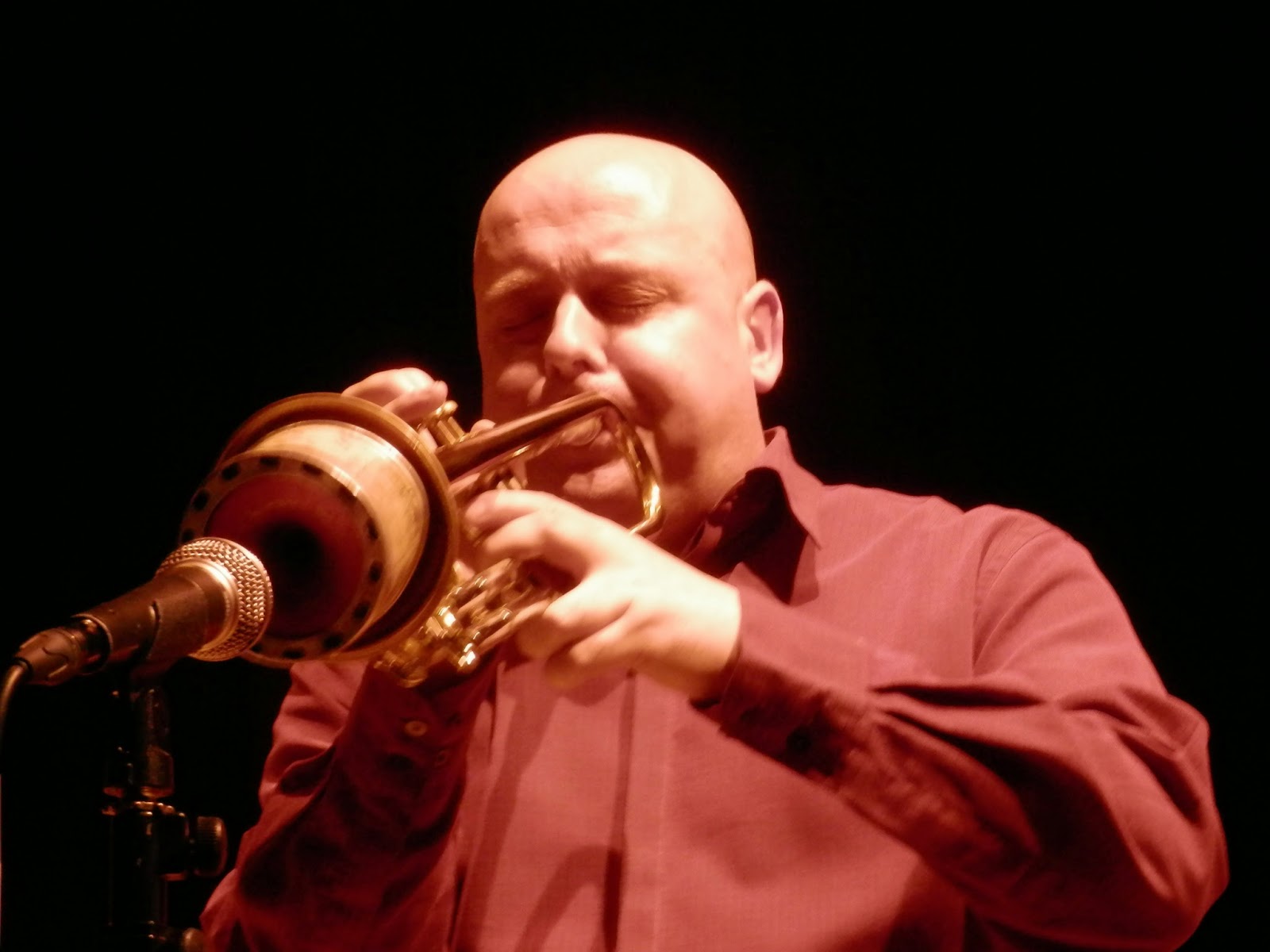 Posted by Unknown at 8:52 AM No comments:

Twelve months ago “Jazz Goes To Leeds” favourably discussed the Paul Edis “Not Like Me” and “There Will Be Time” album releases, and now, his latest release “Mr Hipster” is by no means a disappointing follow up. With a front line armoury of trumpet, tenor saxophone and trombone, the sound may be bigger and bolder, but the compositions and improvisations still hold that characteristic trademark of crispness and flair that we would come to expect from him. “The Timothys” and “Mr Hipster” are perky compositions that illustrate what this sextet is capable of. On first hearing these opening tracks one is drawn to make comparisons with the soundtrack music of Henry Mancini (even before the liner notes make reference to the Pink Panther). “Eastern” holds many of the tender qualities that we have seen from previous releases, but bolsters those romantic elements with a larger, more robust sound. The sentiment is still present, but the voice has become somehow richer. “Serial for Breakfast” has quirkiness reminiscent of some of the luscious Mingus big band arrangements. A number of these pieces would not look too out of place as film soundtracks, as can be evidenced on “Knight Errant” for example. Imagine a heat hazed desert panorama through which the man with no name rides enigmatically, and you get some idea of the images evoked. Imagine a 1970’s American police drama or Blaxploitation film and you get a feeling for “Lost In Translation”. Only the addition of wah wah guitar could complete the picture. The nod to the work of Charlie Mingus becomes more recognisable on “Ah Um” and “Better Than A Punch In The Face” with their strident motifs supported by flurries of brass. “Dorian Grey” has an almost sacred romanticism, which provides the perfect vehicle for some devotional brass and piano soloing. That romantic thread continues through the delicate, gossamer thin lines of “Missing You”. These pages have likened Paul Edis’ playing to that of Keith Jarrett, and here again we hear his playing rich with melancholy and sensitivity. The gracefulness continues with the albums closing “Vignette”. There is a desperate ache here; a sultry ache that comes from hours spent drinking alone in sleazy bars. Here really is the wonder of the music of Paul Edis, in that each piece is so utterly suggestive of mood and experience, and for many of us, that is the essence of why we seek out and engulf music.


Mention should also be made of the Alistair Graham cover caricature of Paul on the album cover. In an age when album artwork is a dying form, cheeky imagery such as this should be encouraged and congratulated.  The Paul Edis Sextet is visiting Leeds on September 28th for an afternoon show at Seven Jazz in Chapel Allerton, and I, for one, could think of no better way to while away a Sunday afternoon.

The Season has started again! Here is the first of our listings in and around Leeds...
If you know of any other venues and clubs please let us know!
Jazz in Leeds (Seven Jazz) - Autumn/Winter Programme
Seven Jazz in Chapel Allerton Leeds have announced their Autumn/Winter programme which starts off with the Chapel Allerton Festival Jazz Sunday on 31 August in Regent Street and runs through to the Christmas Party at Inkwell on Sunday afternoon 21 December with the Nicola Farnon Trio
2014 marks the seventh anniversary of Seven Jazz – the club started on the 30 September 2007. Seven Jazz now run international fortnightly concerts on Thursdays at Seven Arts and weekly showcase events for local bands at both Seven Arts and Inkwell, along with two fortnightly jazz workshops for musicians and a jazz choir. Since 2007 Seven Jazz (which is run by volunteers) has run over 500 gigs. In 2015 will embark on yet another venture, the Leeds Jazz Festival

The Sunday afternoon showcase gigs feature international rising stars too - the likes of saxman Dan Shout from South Africa, guitarist Steve Buckley with “Wagon Train” (Steve was the first musician to appear at Seven Jazz in 2007 so it is good to see him back), the legendary Leeds improv pianist Matt Bourne in a trio setting with Gary Jackson on bass and Sam Hobbs on drums, the “Eyes Shut Tight” Trio and Sam Gardner’s “Samadhi” featuring top Polish saxman Krzysztof Urbanski and Dutch based pianist Dominic J Marshall – also the last gigs Sam will do in Leeds before moving to London Details of all of the gigs can be found on the Seven Jazz website www.sevenjazz.co.uk and are listed below. The evening international concert series start at 8.30pm, and the Sunday afternoon showcase gigs run between 1 and 4pm; ticket prices are detailed on the website; evening gigs are typically £16/14 concessions with a £5 standby ticket for full time students, Sunday lunchtime gigs are £7/5 concessions. 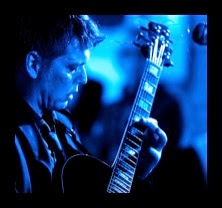 Posted by mark.beirne.smith@gmail.com at 5:48 AM No comments: